MADISON, Wis. — Records obtained from the Wisconsin Department of Justice show, in the last four years of Republican control at the Department, taxpayers have footed the bill for more than $50,000 in promotional swag. The records also suggest under Brad Schimel, the department has minted two other sets of coins beyond the outrageous $10,000 in “Kick Ass Every Day” coins revealed previously.

“Brad Schimel has minted more commemorative coins than he has had backlogged rape kits tested,” said Scot Ross, One Wisconsin Now. “At the same time he’s begging taxpayers for more money, the Republicans have spent $50,000 that we know on swag for shameless self-promotion.”

According to records released to One Wisconsin Now, after a long series of delays by Schimel’s Department of Justice, taxpayers were socked with at least $52,907 in promotional merchandise costs between July 2013 to June 2017 that went for items like, “Pocket Notebooks,” “Backpacks” and “Travel Tumblers” for “Top-Cop” and “Non Top-Cop.”

Records obtained by One Wisconsin Now are below: 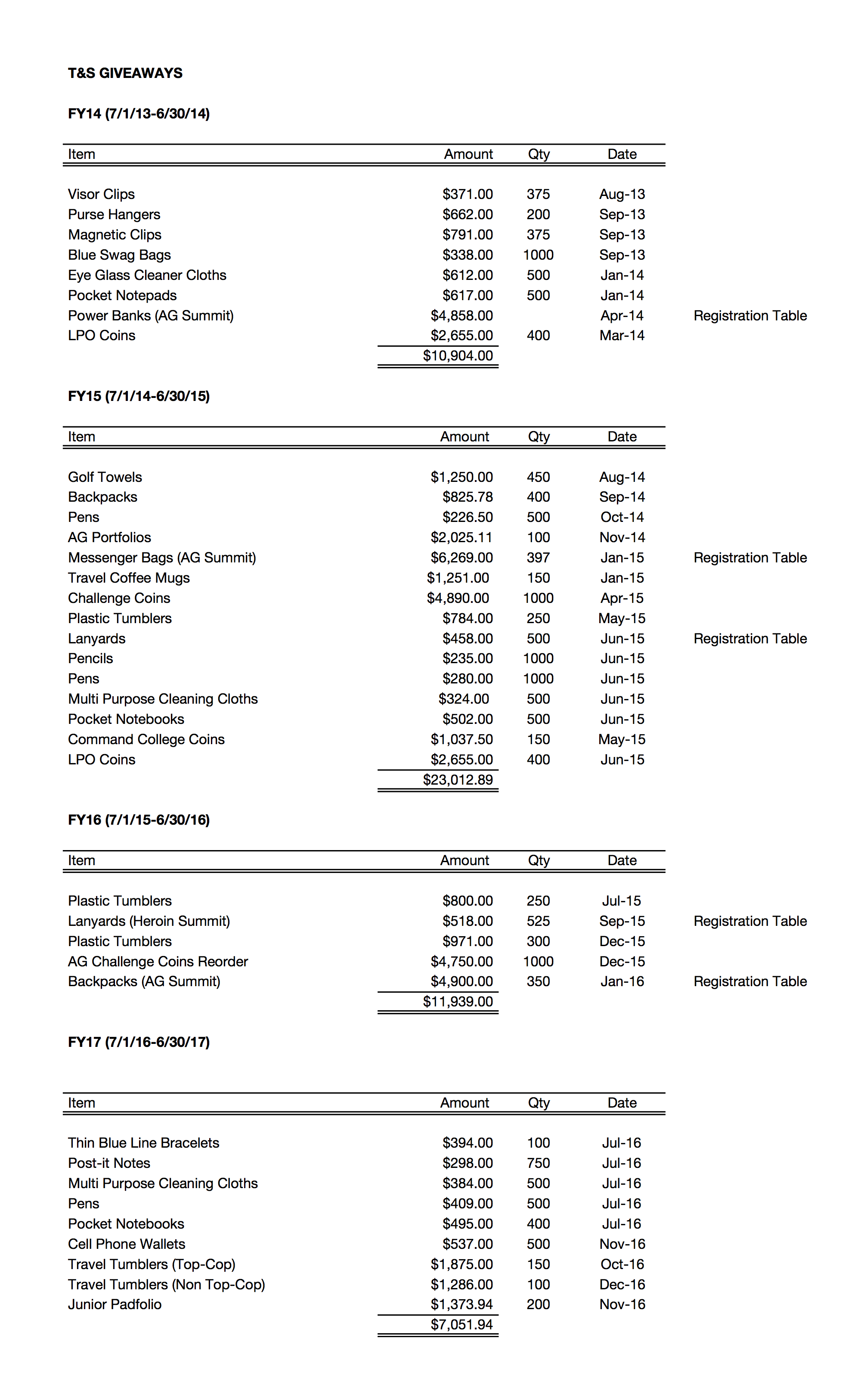