MADISON, Wis. — The following are the statements of One Wisconsin Now Program Director Analiese Eicher, Research Director Joanna Beilman-Dulin and Research Associate Louise Lyall regarding Donald Trump attacking Dr. Christine Blasey Ford, the victim of a sexual assault perpetrated by his nominee to a lifetime appointment to the U.S. Supreme Court:

“Donald Trump is publicly attacking the victim of a sexual assault, and it is sickening beyond words.

“The choice for Gov. Scott Walker and Attorney General Brad Schimel is simple: denounce Donald Trump immediately and unequivocally, or join him as unfit to serve in public office.” 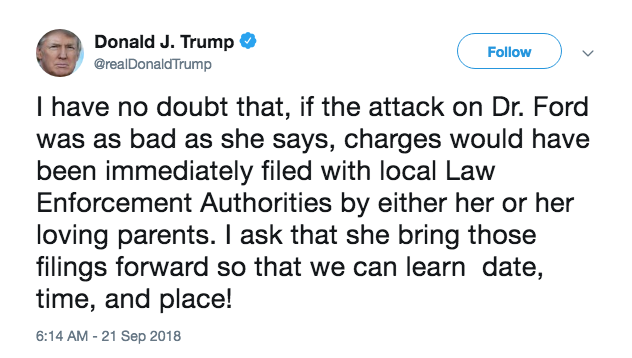