MADISON, Wis. — In 2015 and 2016, Gov. Scott Walker and U.S. Sen. Ron Johnson raised public concerns about the potential release of classified information regarding the Democratic candidate for President. With the shocking revelation Donald Trump released classified information to Russian officials, both Johnson and Walker are silent. Walker, in fact, is over the next several days enriching Trump’s bank account by hosting a huge closed-door conference as head of the Republican Governors Association at Trump’s private resort in Miami.

“In the face of impeachable offenses by Donald Trump, Ron Johnson and Scott Walker are silent,” said Scot Ross, One Wisconsin Now Executive Director. “They have nothing to say about their party’s leader actually handing over classified information to one of our nation’s biggest enemies, Russia.”

One Wisconsin Now pointed to two communications in particular, one in which Johnson, the chair of the Senate Homeland Security and Government Affairs Committee, sent out a committee press release and tweeted from his government account about his concerns about the release of classified material. The second is one in a series of approximately 20 tweets from Scott Walker’s political account about similar concerns regarding Democratic presidential candidate Hillary Clinton. 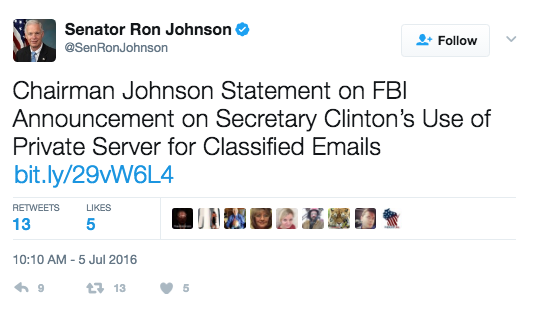 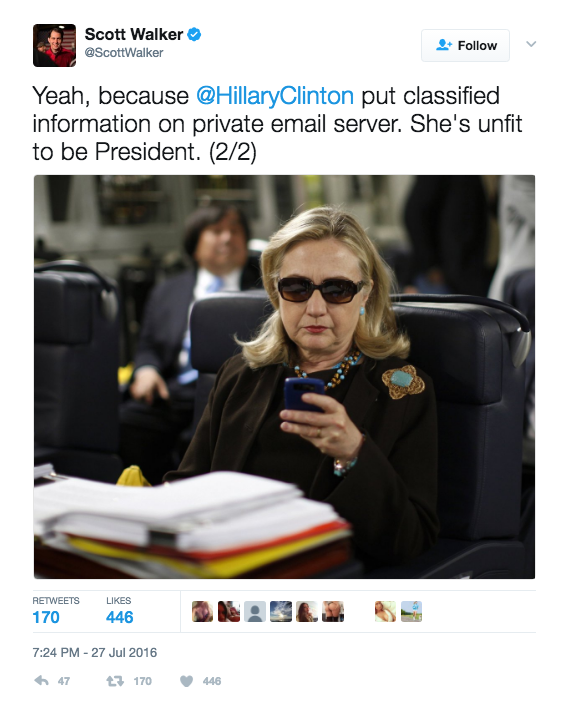 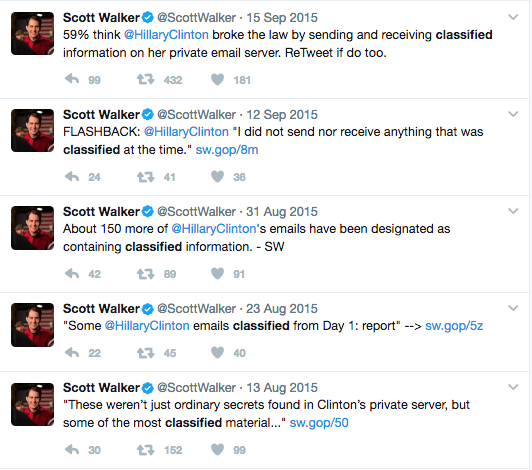