MADISON, Wis. — Recently released documents from a secret “John Doe” investigation of close aides and associates of Wisconsin Gov. Scott Walker have contained embarrassing revelations of racism, sexism, homophobia and derogatory remarks about the mentally ill. But the latest, according to One Wisconsin Now Executive Director Scot Ross, comes from Walker’s own campaign website that features comments from the Governor’s self-described “friends,” including Madison conservative and noted misogynist David Hookstead, as seen below: 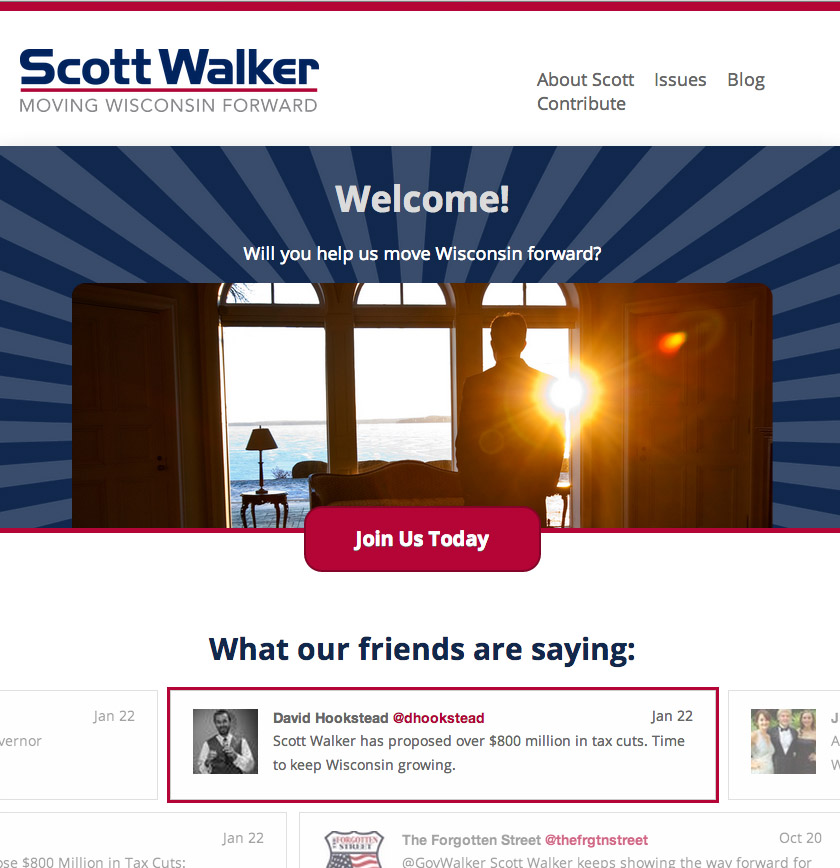 “After a week of embarrassing revelations of the racism, sexism and contempt for the mentally ill you’d think the last thing Gov. Walker would do is feature comments from someone with the publicly-displayed contempt for women as Mr. Hookstead,” Ross said.

Hookstead received significant media attention for a lengthy piece written for the Badger Herald newspaper dismissing “rape culture” and accusing women of exploiting “anything that may be rape for publicity.” But these are far from the only cringe-worthy comments from the well-publicized Hookstead. A small sampling of his many offensive comments includes: 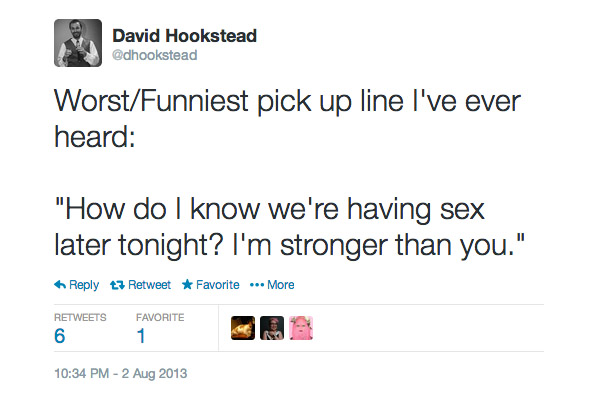 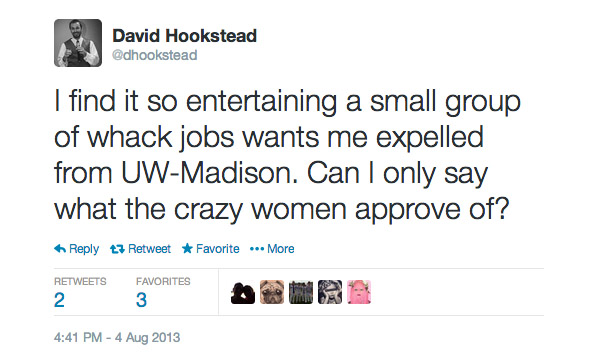 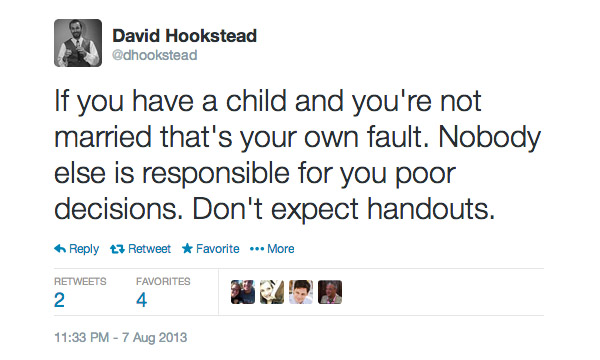 In addition, Hookstead has received repeated condemnation for his “Madison Confessionals” website, which is considered a cesspool of misogyny and sexism. The site was featured in an unflattering piece in The New York Times.

This revelation is the latest headache for Walker, who has also recently been forced to dismiss campaign aides for racist tweets and a top political appointee and senior staffer at a state agency for an off-color mock press release and racist Facebook rants.

In addition, among the emails contained in the recent John Doe investigation document dump, Gov. Walker’s then chief of staff circulated an off color racist, homophobic joke to top staff and his deputy chief of staff opined that “no one cares about crazy people” in the midst of a crisis at the Milwaukee County Behavioral Health Department.

Ross noted that Walker has brought the same attitudes with him to the Governor’s office, repealing the state’s equal pay law for women and “dreamer” act for undocumented Wisconsin students and supporting legal action to undo the state domestic partner registry. In addition Walker has actively supported and signed into law measures to reduce access to women’s health services, require vaginal probes for women seeking an abortion and make it more difficult for an estimated 300,000 legal voters, overwhelmingly poor and minorities, to access the franchise.

He concluded, “No wonder people like David Hookstead gravitate to Gov. Walker. Governor Walker’s agenda is irresistibly attractive to their racism, sexism and homophobia. That Gov. Walker would promote support from David Hookstead is the latest example of a floundering campaign so desperate it actively courts the misogynist vote.”