MADISON, Wis. — Republican efforts to create “safe spaces” for conservative provocateurs to promote racist, sexist, xenophobic and homophobic ideologies on university campuses hit a new low today with a bill authored by State Sen. Leah Vukmir. According to the provisions of the proposal unveiled today, students could be expelled from a state university or technical college for organizing a protest to “dissuade” speakers from appearing on campuses. Administrators would also be prohibited from speaking out to support or oppose public policies that affect the University of Wisconsin System or state technical colleges.

“Leah Vukmir is apparently trying to prove that she can take a bad idea and make it even worse,” commented Scot Ross, Executive Director of One Wisconsin Now. “This scheme literally threatens students with expulsion from school for publicly declaring racism has no place on campuses and gags administrators from advocating for their schools.”

Among the egregious provisions of the bill is the requirement that, “No person may threaten an invited speaker or threaten to organize protests or riots or to incite violence with the purpose to dissuade or intimidate an invited speaker from attending a campus event.” The language is so broad that it could even cover student social media posts or attempts to persuade that are clearly protected by the First Amendment.

The bill further declares that, “… administrators must remain neutral on public policy controversies.” Controversies regarding the university in recent years have included state funding, campus sexual assault, and campus speech.

For violators of the provisions, the bill mandates that the Board of Regents overseeing the University of Wisconsin and Technical College System Board impose a disciplinary process that includes suspensions or expulsion for students and pay cuts or termination for administrators.

An earlier proposal being circulated for legislative sponsorship by Rep. Jesse Kremer along with Speaker Robin Vos, Rep Dave Murphy and Sen. Sheila Harsdorf could expel students who exercise their First Amendment rights to criticize racists, sexists and homophobic provocateurs brought on campuses. In addition, the bill could restrict faculty from doing research and discussing research on public policy issues facing the state and the nation.

In a radio appearance the primary author of the bill, Rep. Kremer, agreed with critics that his proposal, originating from a right wing think tank in Arizona, is likely unconstitutional.

Ross concluded, “Banning students from using their First Amendment rights to create safe spaces for racism, sexism, xenophobia and homophobia on campuses is flat out unconstitutional. It should be the legislators promoting these ridiculous bills who are threatened with expulsion.” 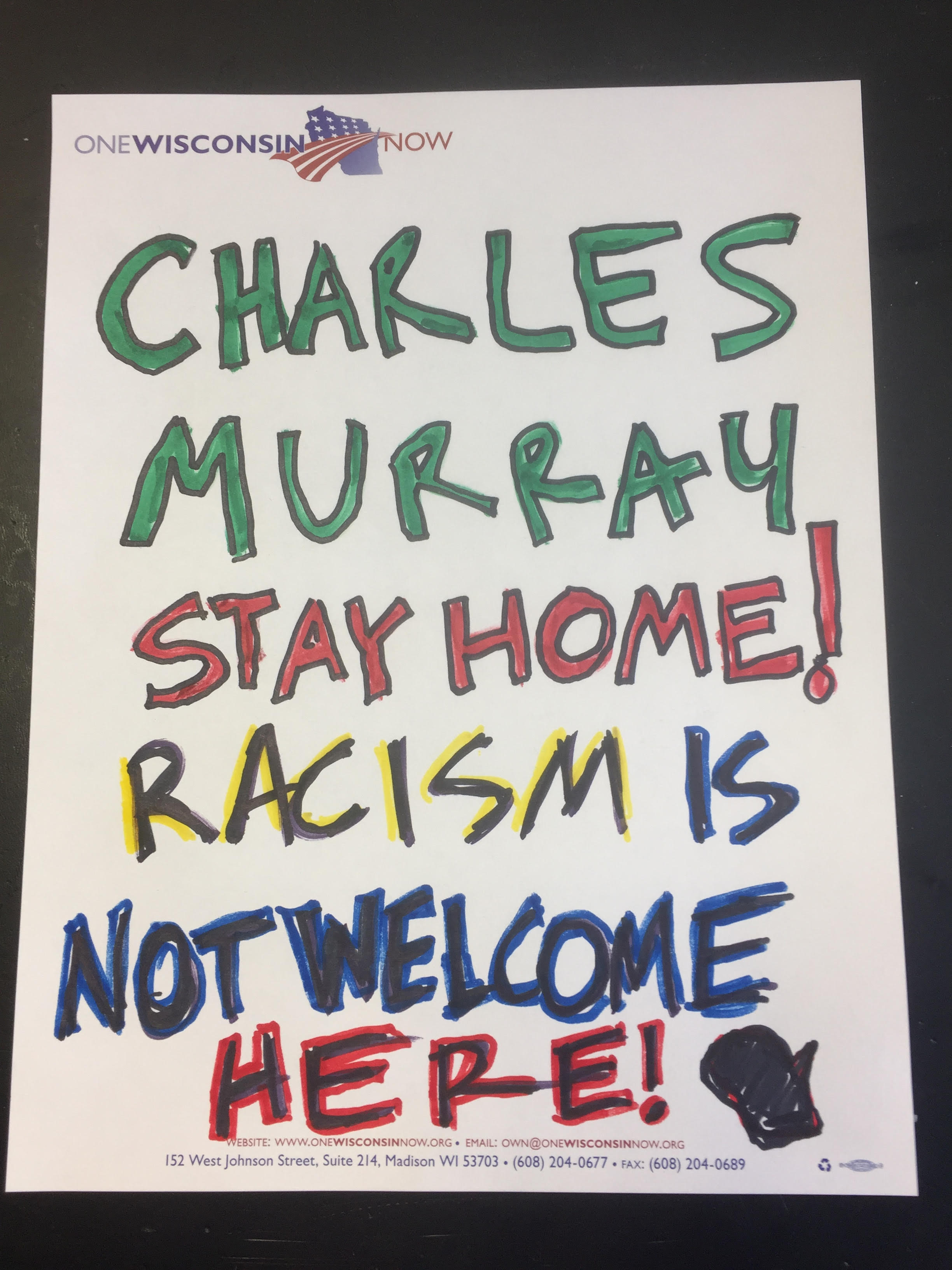 Under the bill, this sign could get you expelled.