MADISON, Wis. — One Wisconsin Now Executive Director Scot Ross released the following statements about Gov. Scott Walker’s 11th-hour election year call to pass legislation giving a $100 million-plus check to a company which paid $1 worth in net state tax over the last four years available, according to records from the Wisconsin Department of Revenue.

“Kimberly-Clark has had $1 in Wisconsin state net tax burden the last four years available. Now Gov. Walker is calling for the passage of a giveaway that equates to over $166,666 per job.

“Scott Walker’s ‘FoxValleyCon’ is the same as Foxconn, taxpayer-funded corporate welfare to try and save Scott Walker’s political career instead of investing in our schools and communities.” 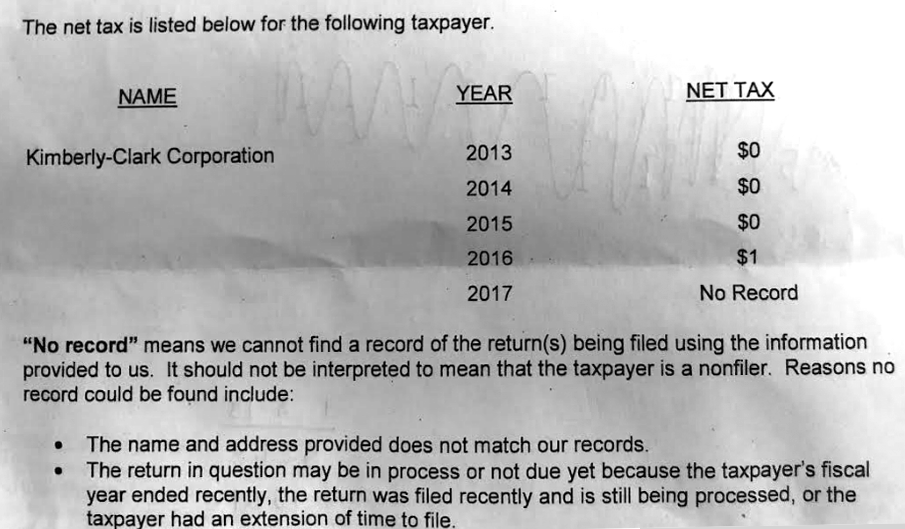