MADISON, Wis. — Wisconsin Supreme Court Justice Rebecca Bradley wrote a series of hateful and venomous attacks on gay people and people living with HIV, according to articles obtained by One Wisconsin Now. The hate speech in the articles disqualifies Bradley from continuing to hold office and should result in her immediate resignation from the state Supreme Court, according to One Wisconsin Now Executive Director Scot Ross, who released the records at a news conference this morning.

“Rebecca Bradley has revealed such a depth of hatred and contempt for people that she cannot be trusted to uphold the most basic tenet of our judicial system, that all are equal before the law,” said Ross. “She denies people their dignity because they are different than her and condemns people that hold political beliefs other than hers.”

In writings published in the Marquette Tribune, Bradley, in multiple instances, derisively referred to members of the LGBTQ community as “queers” and “degenerates”, claimed “homosexual sex kills,” mocked the AIDS epidemic and declared the nearly 45 million voters who supported President Clinton were, “either totally stupid or entirely evil.” 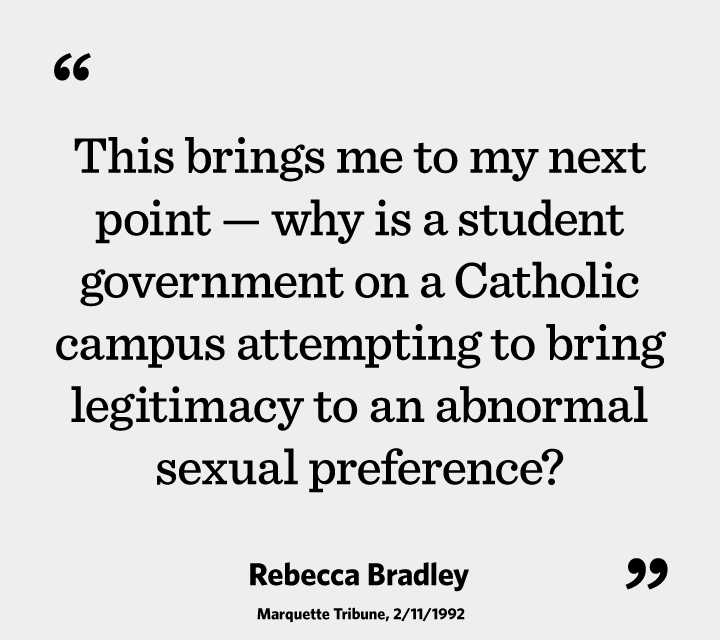 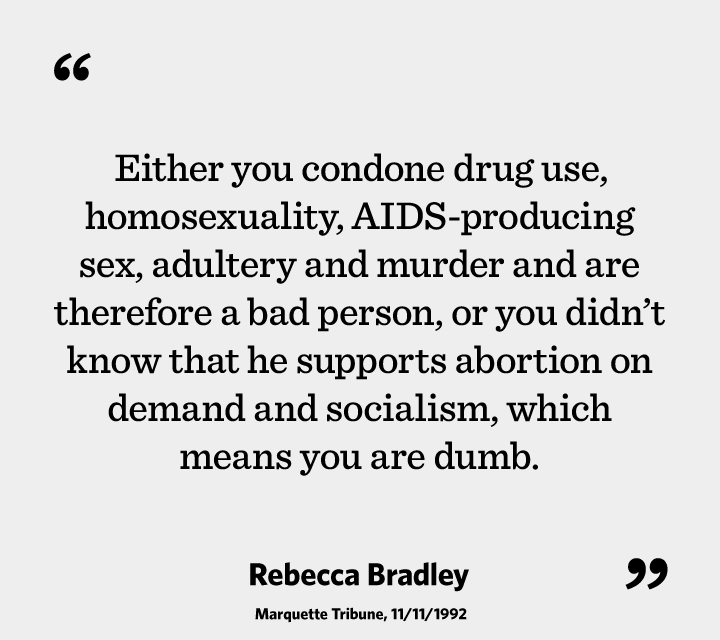 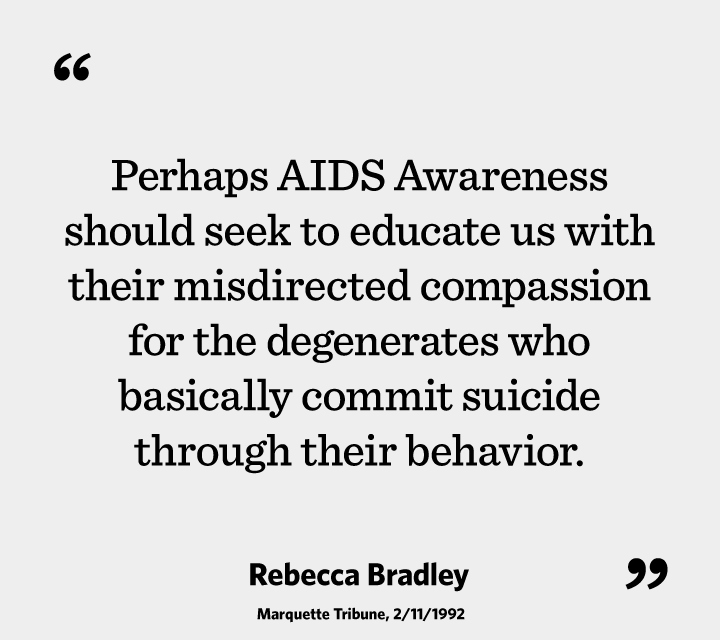 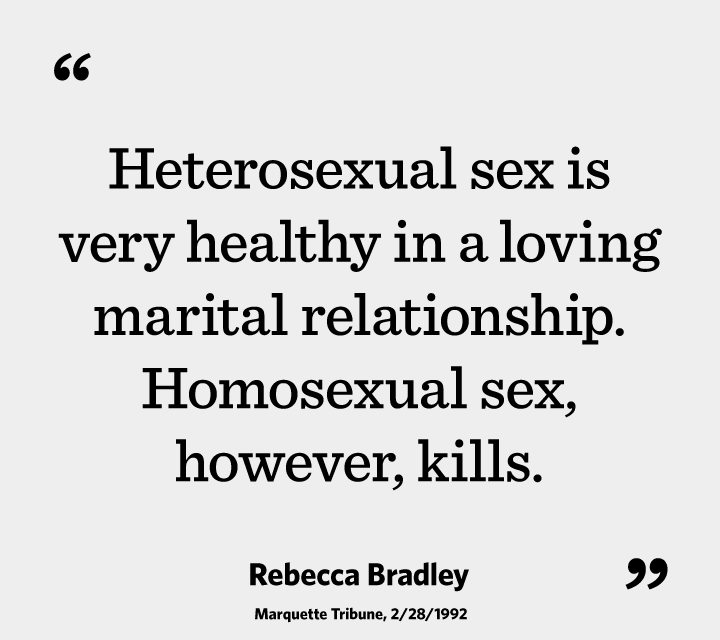 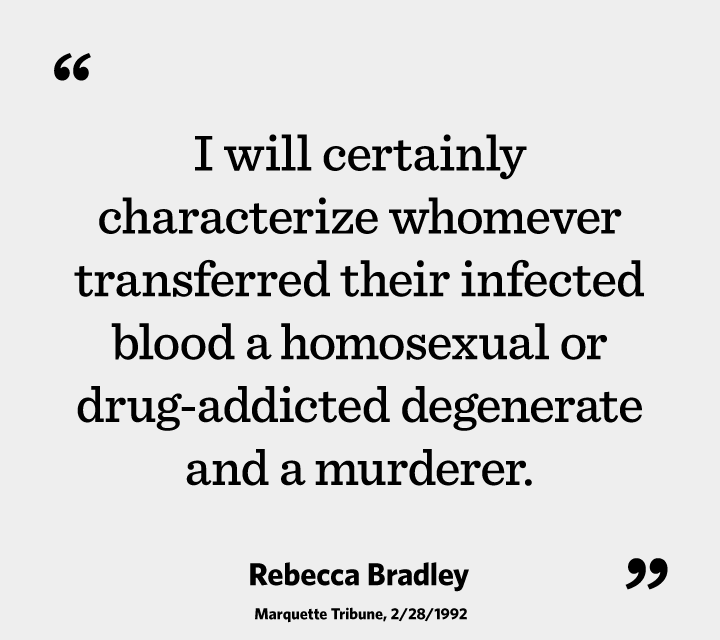 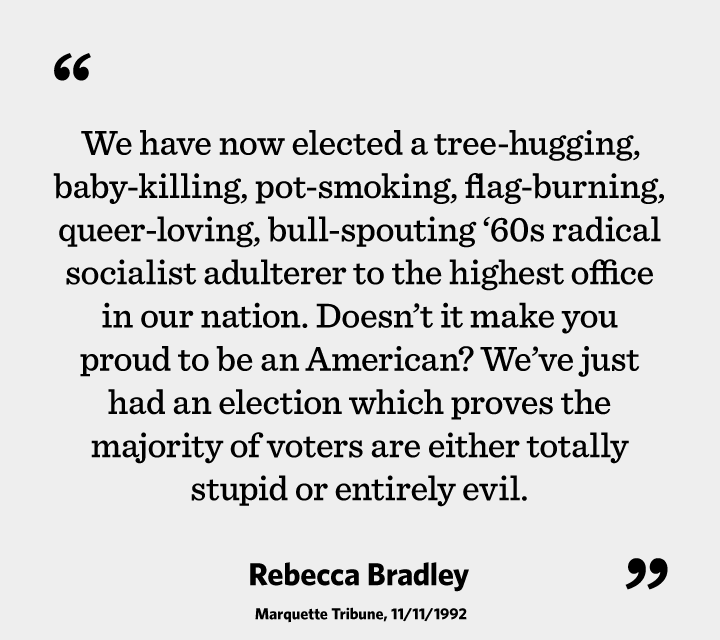 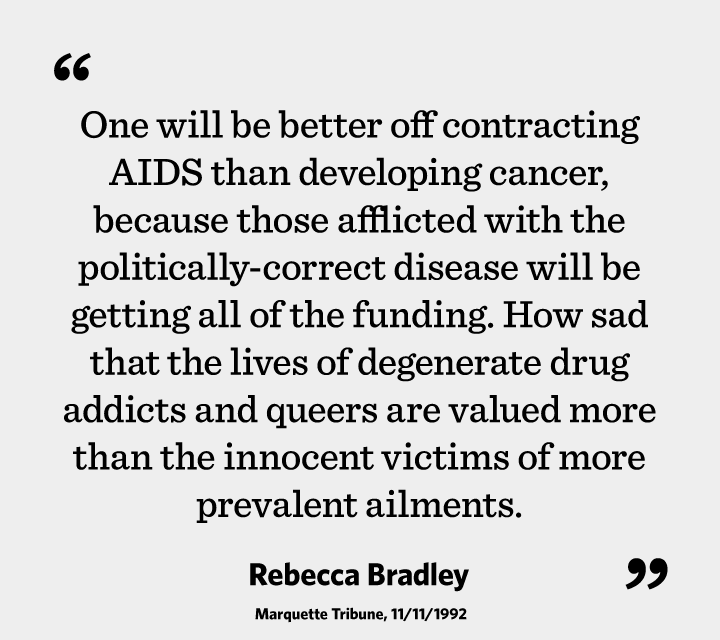 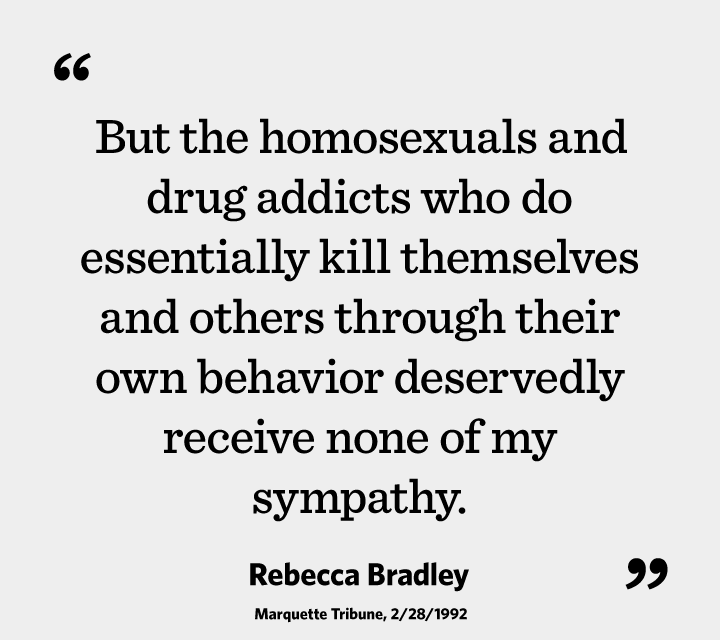 The thinness of Bradley’s legal resume left her referencing things like a college term paper she wrote in applying for one of the unprecedented three appointments in three years by Gov. Scott Walker. And while disclosing other articles she authored, she specifically failed to make any mention her newspaper writings.

Ross noted there are numerous issues regarding Bradley’ trustworthiness, from her position that judges ought to be able to lie in their campaigns to a string of dishonest and misleading statements about her partisan political inclinations and work with the outside groups in her campaigns. But the deep seeded hatred and contempt Bradley revealed in these writings rises to a new level, displaying such bias she cannot be counted on to fairly judge cases that might come before the court that involve discrimination issues.

“The hate and vitriol for others Rebecca Bradley displayed in her writings was repugnant and unbecoming for a university student then and it is absolutely unacceptable for a justice of the Wisconsin State Supreme Court today. She is unfit to serve on our high court, and if she has a shred of decency or integrity she will resign immediately,” concluded Ross.