MADISON, Wis. — According to an email obtained by One Wisconsin Now, the office of Rep. John Nygren, the influential Assembly Republican chair of the budget writing Joint Committee on Finance, has been seeking information about a program in Connecticut that helps borrowers there refinance their student loans at lower interest rates. This after Nygren, Gov. Scott Walker and the entire Republican legislature have opposed the Democratic “Higher Ed, Lower Debt” student loan refinancing plan supported by Tony Evers and co-authored by former Rep. Mandela Barnes.

“Republicans have hit the panic button on student loan debt, admitting that their previous schemes that consisted of a website and Walker’s advice to call are bank are no solutions at all,” said One Wisconsin Now Program Director Analiese Eicher. “They’re desperately trying to cover up their failures before the election.”

From campaign television ads to back channel communications, Wisconsin Republicans are in a pre-election panic over their complete and utter failure to provide help for Wisconsin student loan borrowers. Eicher said the GOP’s concern is well earned — under Gov. Walker and the Republican controlled legislature Wisconsin has become a top ten state in the nation for the percentage of college graduates with student loan debt and for five years they’ve blocked a common sense solution to help borrowers refinance their loans, just like you can with a mortgage.

Just last week, Nygren’s Chief of Staff emailed an official in Connecticut seeking information about the student loan refinancing plan passed there which is in ways similar to the Wisconsin Higher Ed, Lower Debt Act, introduced by Democrats in the 2013, 2015 and 2017 sessions and supported by gubernatorial nominee Tony Evers. The plan would create a state authority to help borrowers refinance their student loans, just like you can with a mortgage. It would also extend a state tax break to payments on student loans that could provide an annual tax benefit of over $530 for an individual or $1,000 for a couple and provides additional consumer information about higher education loans.

Before the 2018 election season, Nygren was openly hostile to the proposal when given the opportunity to include the provisions of the Higher Ed, Lower Debt Act in the state budget over which he has great influence as chair of the Joint Committee on Finance.

For his part, Gov. Walker has hit the airwaves with a campaign television ad promoting his latest student loan debt talking points. Eicher pointed out the plan Walker has proposed would provide no relief to any of the nearly one million student loan borrowers in the state today with a collective debt of $24 billion.

Walker’s pandering looks even worse when paired with his well documented, public opposition to the Higher Ed, Lower Debt Act. 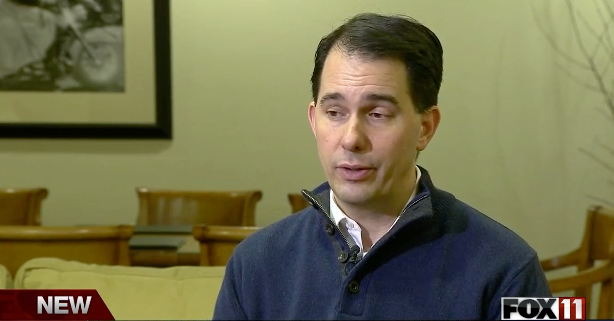 Eicher concluded, “TV ads and emails won’t solve the student loan debt crisis. Scott Walker and the Republican legislature have had many opportunities to take real action to help student loan borrowers, but all they’ve shown Wisconsin is that they can’t be trusted to help.”