MADISON, Wis. — State Supreme Court candidate Dan Kelly often expounds, at great length, on the campaign trail about the importance of judges applying the law as it exists and not as they might wish it to be. Yet in a 2017 state Supreme Court decision Kelly authored, he went far afield from the law as it was written to reach his desired result, striking down a provision that banned people from carrying hidden guns on Madison city buses.

“Dan Kelly’s judicial activism was on display for all to see with his decision in this case,” said One Wisconsin Now Research Director Joanna Beilman-Dulin. “He went to great lengths to interpret the law as he wished it to be to reach the conclusion he wanted, tossing out a prohibition on carrying loaded, hidden guns on city owned buses.”

At issue in the case, Wisconsin Carry, Inc. v City of Madison, was whether the City of Madison’s transit agency could maintain a policy banning the carry of concealed weapons by passengers on city owned buses. The measure was challenged by a group that opposes any restrictions on people carrying concealed weapons including supporting changes to state law to allow hidden weapons to be carried in schools.

“Discarding seminal rules of statutory interpretation, the majority slips into legislative mode, and ignores the plain meaning of the words chosen by the legislature. It rewrites the statute in a manner it wishes the legislature had chosen … The majority evinces a further lack of judicial restraint when it reaches out to address constitutional issues not raised or briefed by the parties.”

Kelly’s reckless judicial activism means that passengers on public buses cannot be banned from carrying loaded, hidden weapons. Ironically, the same law does allow prohibitions on firearms from being carried in State Capitol offices and other government buildings.

This is far from the only time Kelly’s actions during his brief time on the bench have not matched his rhetoric on the campaign trail. In 2019, Kelly joined a controversial decision in the case Koshkee v. Taylor, reversing a 2016 ruling of the state high court that struck down nearly identical legislation as it applied to the Superintendent of Public Instruction.

Adding to the unseemliness of Kelly’s judicial activism were the thousands of dollars in campaign contributions he took in the days immediately before and after the decision was released from members of the board of directors of the right-wing legal group that argued the case before him. 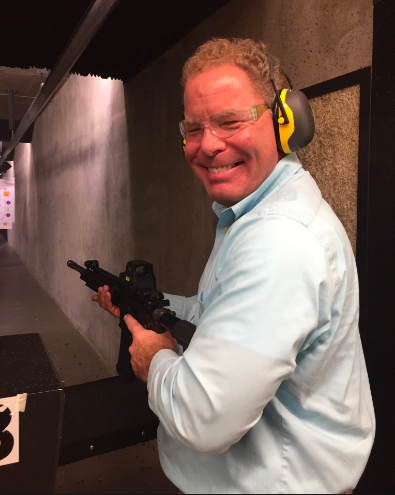