MADISON, Wis. — One Wisconsin Now Research Director Joanna Beilman-Dulin today demanded state Supreme Court candidate Michael Screnock make public the letter he sent to the National Rifle Association (NRA) to earn their endorsement in tomorrow’s primary election. In a mailing obtained by One Wisconsin Now, the NRA declared that Screnock is, “the candidate who has committed …” to their agenda and that “his opponents simply cannot be trusted …”

“We deserve to know today what promises Michael Screnock made to the NRA to get the gun lobby’s endorsement,” said Beilman-Dulin. “Wisconsin needs to know now, before deciding whether he gets to sit on our state’s highest court, potentially making decisions about whether to not we can protect our communities from gun violence.”

According to a letter sent by the NRA to candidates, in order to receive their endorsement they are required to send a letter to the gun lobby detailing their, “positions on Second Amendment issues.” The letter continues by issuing the threat that failing to pander to the organization could be interpreted as “hostility.”

The NRA has joined the Republican Party of Wisconsin and the state big business lobby going all in on Screnock. The RPW is Screnock’s single largest contributor, donating over $140,000 directly to Screnock for campaign staff, digital advertising and mailings. Meanwhile the state big business lobby, the Wisconsin Manufacturers and Commerce, and the right wing dark money outfit, the Wisconsin Alliance for Reform, have combined to spend over $663,000 on television and radio ads.

She concluded, “Michael Screnock has sent the NRA a letter telling them what what he’ll do for them, he needs to be honest with voters and also tell us what he promised.” 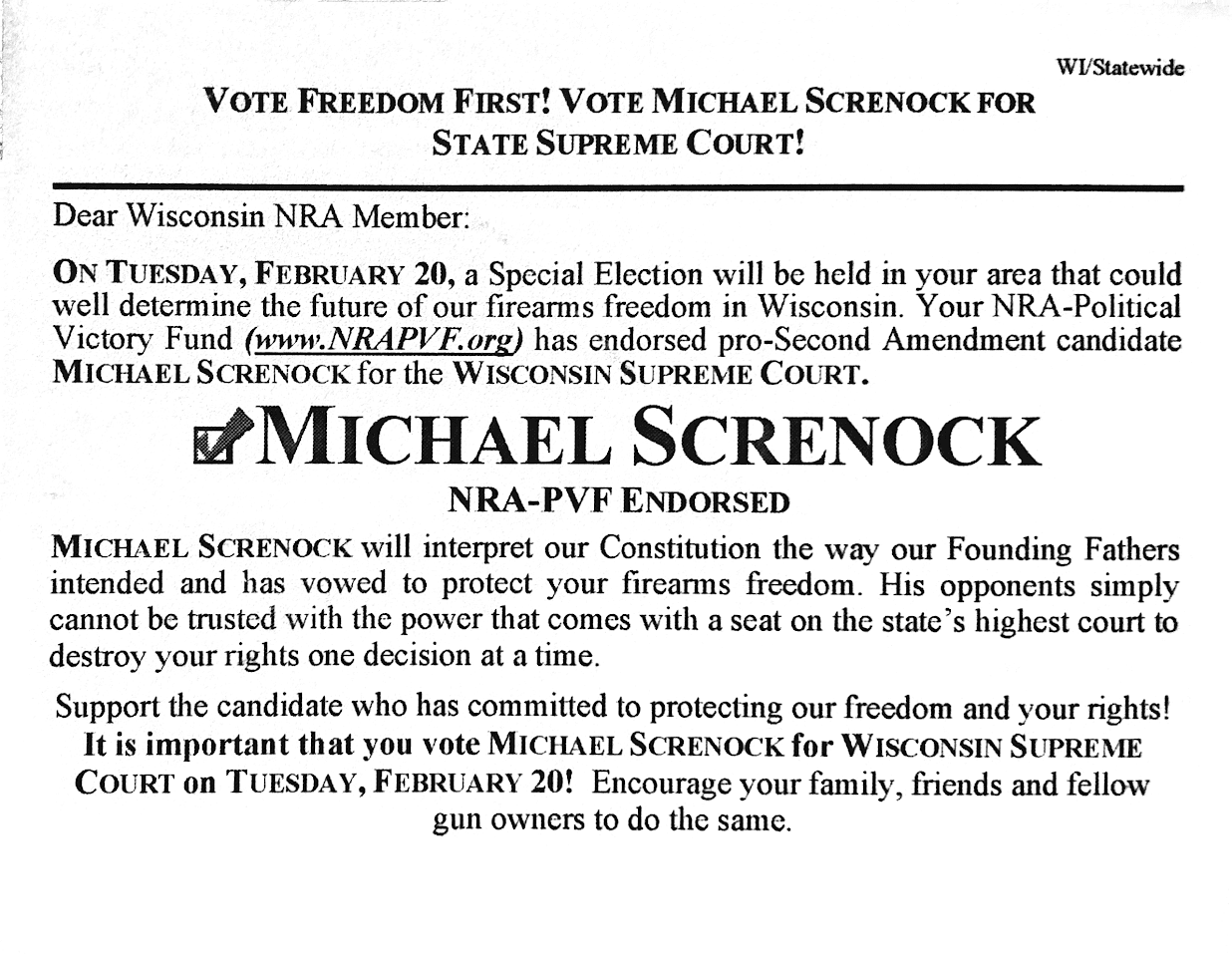