NOTE: A last minute amendment was adopted to include members of Congress under the provisions of the bill. However, four of the five members of the Wisconsin Republican delegation had already indicated their support for the AHCA, without inclusion of the amendment. The fifth, Rep. Mike Gallagher, refused all comment on the bill before voting for it.

MADISON, Wis. — Republicans in the U.S. House of Representatives voted today to approve legislation that will take health care away from millions of Americans and make it less affordable and less comprehensive for everyone else by gutting protections for pre-existing conditions and requirements that insurance cover essential services.**

“All you need to know about how bad the bill that Paul Ryan, Mike Gallagher, Sean Duffy, Glenn Grothman and Jim Sensenbrenner voted for today is that they specifically exempted themselves and their families from being victimized by it.” 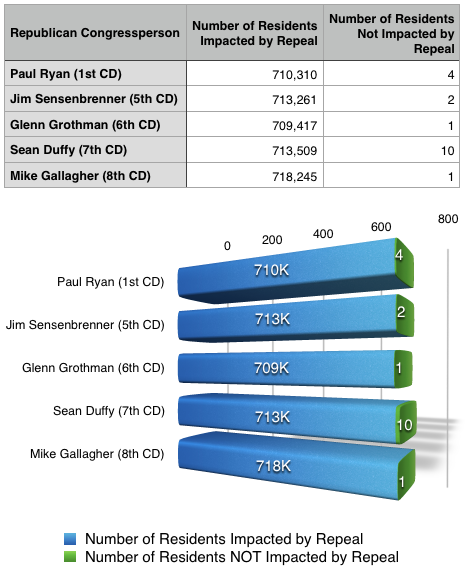 **An amendment to the legislation gutting protections for people exempts members of Congress, their families and their staffs from the provisions of the proposed law.